When looking at the stories told by women with disabilities, we realised that violence was a recurrent theme, something women could potentially face on a daily basis. What we also recognised is that this violence was vicious and deep, meaning that it took numerous forms and shapes. We read a number of stories about mistreatment, sexual abuse, exploitation, neglect, and discrimination. We also read various stories of abandonment, rejection and stigma.

Charities also need to remember that, whether their charity is registered with us or is exempt, they must comply with charity law. Any decisions they take must be in the charity’s best interests and in furtherance of its charitable purposes. Conflicts of interest need to be managed appropriately

We know that some registered providers of social housing that are companies and registered charities are considering converting to become community benefit societies, with the aim of becoming exempt charities.

Of course it’s reasonable for charities to be concerned about the potential for increased governance and transaction costs. However, any charity considering converting to community benefit society status will need to balance these against the inevitable, potentially substantial, costs of conversion.

The likely impact of these changes has been overstated because of misunderstandings about how the Charities Act framework operates. Once the changes take effect, we expect most disposals by registered charities that are also registered providers of social housing will be eligible for self-certification under the Charities Act. Self-certification is not onerous; it involves taking appropriate professional advice but does not require an order from the commission. The steps to be taken in order to self-certify are, on the whole, basic steps that you would expect responsible charity trustees to be taking.

Charities also need to remember that, whether their charity is registered with us or is exempt, they must comply with charity law. Any decisions they take must be in the charity’s best interests and in furtherance of its charitable purposes. Conflicts of interest need to be managed appropriately. Transactions with “connected persons” – such as individuals with a close personal or business connection to the charity or its trustees – may require consent from the commission whether a charity is registered or exempt.

None of this is bureaucratic red tape. The legal framework supports trustees in making responsible and well-informed decisions about charity property, and provides safeguards to deal with conflicts of interest and protect the interests of charity beneficiaries.

These are important principles to ensure that organisations which benefit from charitable status operate in a way which sustains public confidence, and that charitable assets are properly protected.

Bola Gibson, head of community engagement at TSB, says: “Unlike large organisations, which naturally have more resources at their disposal, small local charities really struggle to get their voice heard. The lack of awareness is greatly hampering their funding and operations.”

animal, campaign, cause, charity, children, donate, water
Share it on:
Next 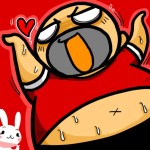